You are here: Home / Life Members

The following people have been elected to Life Honour membership status to honour the services provided to the NEDGA:

Barry Webb moved into the district in 1981 when he joined the Benalla Golf Club and remained a member there until 2002.  He also joined Yarrawonga Mulwala Golf Club Resort in 1983 where he is still a member.  He joined the District Executive in 1991 and remained on the Committee until the conclusion of the amalgamation process in 2017.  He filled a number of positions on that Committee over those years.

Key areas of Barry contribution to the District include:

Barry has been the district representative of the Golf Victoria from 1994 til 2010, when district conferences ceased.  He represented the District at these conferences with distinction and his reporting back to the Committee was thorough and detailed, most helpful and appreciated by the Committee members.  At that time, being a district delegate required considerable dedication and sacrifice away from home.

Barry has also taken on the responsibility of District Pennant draws.  In an era when Clubs have been tardy in their nominations,  prone to change their minds and forget to nominate special requests, Barry painstakingly undertook the collation of club teams into their respective divisions and sections compiled a draw and allocated courses for the pennant season.  He has contributed to this area of management for the district from 1995 until current (2020).

Barry was the District Co-ordinator of the Course Rating Committee.  This involved visiting all courses in the district and rating them to come up with the slope ratings that all Clubs now have and our handicaps are based on.  It has been a monumental task.  Barry needed to firstly gather the information process the data, enter that data into a spreadsheet (that he developed), review that data then report on it to Golf Victoria.  Barry also took the initiative and time to become a Victorian Rater, a qualification required to complete the second round of ratings necessary.  This process took approximately 4 years to complete, commencing in 2010.

Barry was also instrumental and prominent member of the Amalgamation Committee.  His knowledge of governance and attention to detail was of great value to the Committee.  This process also took considerable time, but Barry saw this work through until the end and the formation of the new Board whereupon he completed his time on the District Executive. 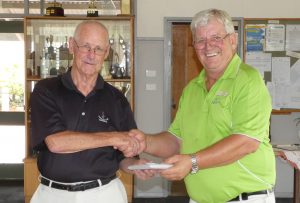 Peter Dawson (L) receiving his Life Member Award from Phil Conway, President February 2020.
Peter Dawson first become a member of the NEDGA Executive in 2000.  At the same meeting he was appointed Manager of the Country Week team.
From 2004 he was also Vice President of the Association until Kelvin Peart stepped down in 2014.  Peter then became President until the
amalgamation process was completed.
Over a significant period of time (2000 – 2014) Peter made an outstanding contribution to the NEDGA in the area of representative golf.  Primarily this involved management of the Country Week team and all the activity associated with this.  Those who have been involved
know that this is not just a week of golf in Melbourne each year.  It includes lead up events such as the annual matches against our neighbours, the Murray District, and for practice matches against Peninsula District Golf Association.  These matches were part of the selection process but also included juniors and officials.  Our Country Week contingent sometimes had up to 25 people involved in the team which was made up of players,
support staff and officials.  All of these representative events were significant logistical events which required detailed organisation and at all times were well organised and played in excellent spirit under Peter’s direction.  They were events which enhanced the reputation of
the NEDGA.
Peter also made a significant contribution of the NEDGA as Vice-President and President since 2004 until amalgamation.  He was President when the amalgamation meetings began and was part of the group who saw that through to completion in 2018.
Peter also offered great support to the Junior Development Manager’s (Kelvin Peart and George Barber) by attending the Junior Regionals each year from 2004 until 2013 when he became President.  Like his management of the Country Week team this was a hands on role looking after a team of nine of the district’s most promising junior players.
Proposer Andrew Walker, September 2019
Andrew Walker - 2016

Elected to Executive in 1996 and member for 20 years

Delegate to VGA and Golf Victoria

2005 instigated a Junior Camp at Glenn McCully’s facilities for junior in our district and neighbouring districts.

Elected to the Executive in 1993 and had 15 years on the executive:

2001 appointed District Captain (first captain in the District) and held the position for 7 years: 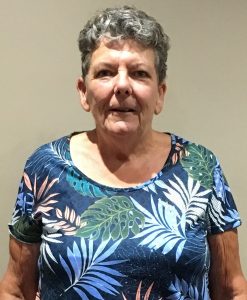 Julie was elected to the NEDLGA Committee in 2004.   As a member of that committee she took part wherever possible including Bowls and Tournaments throughout the district.

In 2007, she took on the position of President NEDLGA.

Within her role as President, she has willingly undertaken the numerous tasks asked of her to ensure that the Association would be run in the most efficient way possible.

She has always endeavored to oversee all aspects of the day to day running of the NEDLGA and she never backed away from any difficult decisions that needed to be made, but always considered what would be the best result for the Clubs and the District as a whole.

She saw the introduction of a computer program which assisted in a speedier resolution to the finalization of the results at all the North East events. This meant that players who had travelled far were able to depart early.

With the resignation of Carole Brimblecombe,  Julie also took on the role of Tournament Secretary. A position that many of you will acknowledge, requires a great deal of time and patience.

Julie has also been responsible for personally contacting players throughout the district to recruit them for our Country Team, something that entailed a great deal of time and many, many phone calls and emails. This effort has been rewarded many times, by the success the North East has achieved at the Melbourne courses.   At Country Teams she also successfully caddied for various players in the past.   Sadly this came to an end,  due to an injury Julie had sustained.

Julie is also a Life Member of the St James Golf Club, where she filled every role possible, which also included assisting in the general upkeep and maintenance of the course itself. 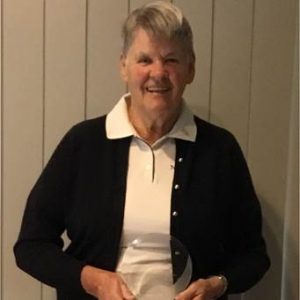 Jean commenced her commitment to the North Eastern District in 1988.   During this time she rarely missed a committee meeting and has travelled extensively throughout the district assisting with the running of all the North East tournaments.  Although the position of Handicapper has changed, she has always kept the Committee and District up-to-date on any handicapping issues and all information relating to Juniors.

Her position in 1991 as Junior Organiser continued until 1996.   After a short interval in 1999 she again took on the position.

In her role as Junior Organiser she accompanies players wishing to participate in Tournaments and Camps, away from their home clubs and organises clinics for both beginners and experienced players.

Jean, along with her husband George and representatives of the Men’s Association are often seen around the District encouraging junior players and assisting in the running of tournaments and Championships on behalf of Golf Victoria and both the North East Ladies and Men’s associations.

In 1997, she was elected to the position of District Handicap Manager.  In this role Jean has always made herself available to all clubs and players in the District answering any queries regarding handicaps.

Since 2009, Jean has also taken on the added responsibility of collating the results from all divisions of the pennant matches, and passing the information to Suzie Ingle to send to clubs, thus ensuring everyone concerned is aware of how they are placed during the season.

She is also a member of the North East Match Committee.

Pam Mc Cormick
Pam was a big woman in every sense of the word -big-hearted, kind and generous, cheerful, and always ready to help.
Pam started playing golf as a young girl, and was able to hit a long ball – just not straight all the time! ( but she had an amazing ability to hit rescue shots from near impossible places).
Pam won many events in Wangaratta including Championships in 81, 84, 86, 96 and 97;multiple Foursomes championships, Singles and Doubles Knockouts and many Pennant matches.
Pam was Captain for 2 years and handicapper multiple times.  She followed Sally Symmonds on to the NEDLGA as an under study to District Handicapper.
Her golfing career was cut short by breast cancer and its two recurrences.  True to form she fought bravely to the end – she received her Life Membership in hospital on 11th November 2005 and died three  months later in February 2006.
NEDLGA ACHIEVEMENTS
Country Team 1983 to 1987
Member of NE Match Committee 1983 to 1986
NE District Handicap Manager 1986 – 1996
District Delegate to VLGU 1996 – 2002
District Delegate to Board 1998 – 2002
Board Member – chair of State Handicap Team 2003 – 2004
State Handicap Manager 2005
Les Stone - 2003
Toggle Content
Ken Evans - 1996

Awarded posthumously.  Ken passed away in 1978. 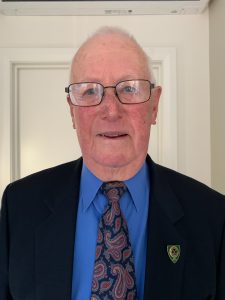 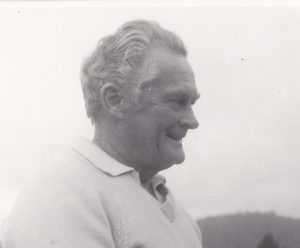 Alex started playing golf at Mount Beauty in 1950 and was elected to the committee in 1953. He had held the positions of president for 14 years and as secretary for at least 23 years.

Alex was a keen golfer and had played pennant since 1952, playing continuously for 40 years.

In 1959 Alex was appointed as a delegate for the Mount Beauty Golf Club on the NEDGA committee and elected to the executive in 1962 as honorary secretary-treasurer.  Alex held this position for 31 years; he retired his position on the committee in November 1993 at the age of 77.

On his retirement Alex said “When I first started on the NEDGA committee the association was dominated by the five major clubs – Yarrawonga, Benalla, Albury, Mansfield and Wangaratta – and you basically played at them or you did not get selected in the Country Week team” “I fought long and hard for the smaller clubs for a better deal otherwise those particular clubs development would have been stifled”

“The biggest change I have seen in my time is that issues such as handicaps and course ratings are now handled by the Victorian Golf Association, I believe that centralising these functions would in the long run benefit Border District golfers, especially junior players” “The association has moved into a more manageable organisation over the years and I have taken a lot of pride and enjoyment from the work that I have done as part of the NEDGA.”

Andrew Walker who succeeded Alex in the position of secretary-treasurer said “Alex is held in terrific esteem by the whole golf world from the VGA to the ordinary players.” “Alex and his wife Jean who was really the assistant secretary will be a hard act to follow”

Along with the many community and state awards Alex received the following awards in recognition of his tireless work in the community and in particular to golf.

1979 – Alex was awarded Life Membership of the NEDGA.

1990 – Alex’s years of selfless community service were rewarded with the Order of Australia Medal.

1991 – Alex was the first person to receive a Certificate of Illumination from the Victorian Golf Association praising his contribution to golf.

This information was extracted from an article in the Border Mail 24 December 1993 along with various articles from the Golf in Victoria magazine, letter of Illumination from VGA and Alex’s personal records.